My student’s perspective on those parasitical smartphones

This is something a 13-year-old student wrote about smartphones and how his friends use them. The fact that smartphone addiction can feed on a person’s character and social life completely eluded me when I was writing my previous post. In his own words:

My friends spend their whole recess not by playing soccer, not by exercising, but by playing games on their phones. When I play soccer, I feel refreshed. Although a little smelly (probably very), I feel healthier after a good game. However, as for my friends who play with their phones the entire day, their brains are dulled and their character changes. They become more obsessed with their phones and spend less time with their friends. As a result, they lose friends, are less healthy, and they become less intelligent. The reason they lose friends is because instead of spending time with their buddies, they choose to let their phones consume their time. While people are bonding and having the time of their lives, they are addicted to their phones, and not socializing (omg). From my perspective, their phones are their jailers as they prevent them from interacting with others.

—
I should have realized this before, but of course people who spend too much time staring at screens end up with much less time to spend with other people. How sad.

For a few years, I’ve been affectionately referring to my smartphone as my mind-control device. Let’s all admit that almost all of us are firmly addicted to our smartphones because of the tiny spurts of dopamine (one of the “pleasure chemicals” in our brains) we get when we see our “likes” increasing, or when we read an entertaining article, or when we — once again! — match three of those colourful candies/fruits/jewels. This reward system that has been designed into our smartphones has a huge impact on our thoughts and desires, and has caused what I call a “crisis of attention” in too many of our children and a considerable number of adults as well. For some, smartphones have become parasites.

Parasites are creatures that live by feeding off their hosts, at the expense of these hosts. Our smartphones feed off our attention (and addiction), and some psychologists have pointed to our devices as the reason behind many of us becoming even more stupid than we already are, with some students now unable to focus and sustain attention at a level that can be quite shocking. Of course, there are people who have more of a symbiotic relationship with their smartphones, using them in ways that are beneficial to their own lives, even if they are no less attached to their devices. However, the way I see some of my students use their smartphones worries me — there are students who jump straight to their smartphones after lessons, to feed their faces with whatever video, game, or social media post that catches their fancy. I suspect that for most of them, the smartphone is more parasite than symbiotic helper.

I have this suspicion because I also am surgically attached to my smartphone.

For a period of time longer than I care to admit, I was a little bit too interested in social media and gaming on my phone. As a result, I was slowly but surely growing even more stupid than I already was. Reading still occupied a considerable amount of my time, but much less than it should have. It was a distressing experience realising that I was losing my ability to focus, knowing what to do about it (i.e. not letting social media and games ruin my brain any further), and being unable to actually stop myself. I found myself repeating this cycle over and over again: I would resolve to do something productive, stay on task for half an hour, get distracted by something on my smartphone, and two hours later, realise that I had wasted all that time on something completely trivial.

My solution to this problem was to fill my phone’s home screen with apps that served as reminders for me to make better choices: three dictionaries (Oxford Dictionaries, Cambridge Dictionaries Online, and The Free Dictionary), Pocket (an app to save articles for reading later), Overdrive (an eBook reader that allows me to borrow eBooks from the library), and so on. I still spend hours on my phone, but at least most of that time is spent away from trivial games and social media.

I experienced my own crisis of attention, and I am seeing some of my students struggle with theirs. It is simultaneously heartening and saddening when a student gets frustrated with himself because he wants to focus, but finds himself unable to actually do it. Beyond the fact that I can be very boring at times as a tutor, I think that some students are actually now unable to sustain attention because of the way the smartphone structures their experience. When we use our smartphones, our attention needs to be cut up into tiny pieces in order to keep track of the multiple elements that are crying out for our attention. (Click like! This article will amaze you! 5 facts to entertain and amuse you!) This ability to split attention is important especially in our digital age, but if we are not careful, this ability will come at the expense of our power to sustain attention.

The fact that games and social media can sometimes be helpful complicates things (hello, all you digital entrepreneurs), but for most of us, it would probably be healthy to take a good, hard look at what our smartphones are doing to us.

I now spend hours reading on my phone (the National Library Board’s Overdrive is the most wonderful thing), but it sometimes makes me forget that the sensuality of reading a physical book is just so much more enjoyable. My smartphone, perhaps, still controls my mind a little bit too much — but at least it serves me now. Be careful, people, be careful. Do not let your smartphones be your beloved mind-controlling parasites.

The cyclist who knocked down the 3-year-old boy in a park connector is an idiot. 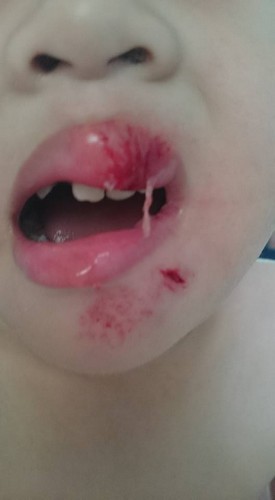 If you haven’t been keeping up with the news, a speeding cyclist recently knocked down a 3-year-old boy who was jogging for the first time at a park connector (PCN) with his father. The father estimates that the cyclist was riding at 40 kmh (!) at the time. The accident knocked out one of the boy’s teeth and left him with bruises, a swollen lip and a 1 cm cut on his chin. And here’s the thing that really enrages me:

He (the father) had asked the cyclist why he did not stop.

The latter said his bike had no brakes and his feet were clipped to the pedals.

WHAT?! This is what we save vulgar language for (but I’ll try to restrain myself). He was probably riding a fixie (YouTube video on how to stop), and stopping distance at that speed with no brakes is really, really far (see, for example, this video at 0:32) especially if the cyclist didn’t know what he was doing (likely).

I’m an avid cyclist (~115 km in the last 5 days, woohoo!), and I ride mostly on PCNs. There are peak periods on PCNs — weekends, evenings, and so on — when families are out with little children who aren’t really aware that there are idiotic cyclists sharing the paths with them. Many cyclists are sensible, but some are somewhat lacking in common sense.

So, here are a few tips for cyclists on the PCNs.

(For the rest of you, just be very careful! Hold on to your children! Keep to one side!)

1. Go fast only when the path is completely clear.

I’ll admit that I break the nParks speed limit (15 kmh) pretty often. But I only do it when I am absolutely certain that the path is clear. When there are human beings in front of you, slow down, especially if there’s a chance that they will suddenly swerve into your path.

Even if you’re riding slowly, be very careful.

I was once cycling with my girlfriend, and we saw a toddler playing ahead of us. We slowed way down (jogging speed).  The mother of the toddler was telling him to be careful, and as she did that, the kid swerved right into our paths. It was a narrow miss. Even at that speed, you still have to give allowance for some stopping distance. God help you if your brakes are worn. (I have nice fancy disc brakes! :D)

2. Be aware that your bell can make people panic

When approaching joggers/walkers from behind, be prepared for people to jump into your path as a reflex, especially if your bell is loud or if you ring it too late.

I’ve found that shouting ahead (e.g. “Hello! Can I pass please?”) tends to give better results, since people can register both your position and speed with a little bit more ease. Saying “thank you” will also sometimes get you a cheerful response!

3. Keep your eyes open, all the time

I understand that some of us ride to near-exhaustion, and it gets very tempting to put your head down (i.e. staring at the pedals) at that point. Please, avoid doing that. Squishy humans can come out of nowhere, and you really, really do not want to be surprised by a kid running out from the bushes.

There are certain PCNs where it makes sense to keep to the right, rather than the left. Exercise your judgement.

5. If you’re going as fast as a car, use the roads

Pls. AND GET BRAKES.